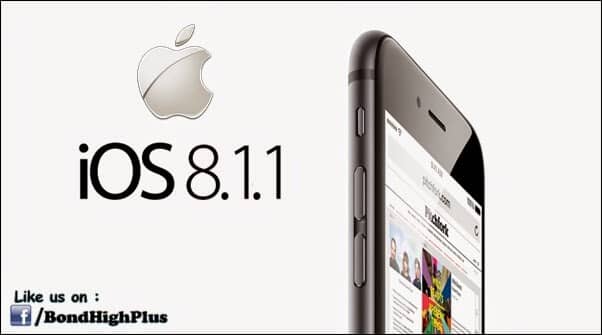 Finally, iOS 8.1.1 update has arrived with solutions for lots of bugs been created in the iOS 8 / 8.1. Yes it’s true, this iOS update frees up to 500 MB of storage space. According to the reports, an average gain of 500 MB free space is been opened after the entire updating process is complete.

Many reasons can be behind this result. Maybe the system does cleanup the cache and junk files during the process?   This 500 MB might not sound a lot to the people who have 32, 64 or 128 GB iPhones. But, those iPhones with 8 GB / 16 GB storage knows the value of this free storage space. This iOS 8.1.1 is a bug fix and performance update especially for oldies like iPad2 and iPhone 4s.

At least now, when the next release of iOS does drop, you’ll have 500 MB-worth of a fighting chance when it comes to an OTA install. Still, we’d much rather Apple sort out why its supposedly delta update require so much space in the first place. Check the latest iOS update and their logs from Apple website.

You may also like to check out: Brand new iPhone 5 Released by Apple.