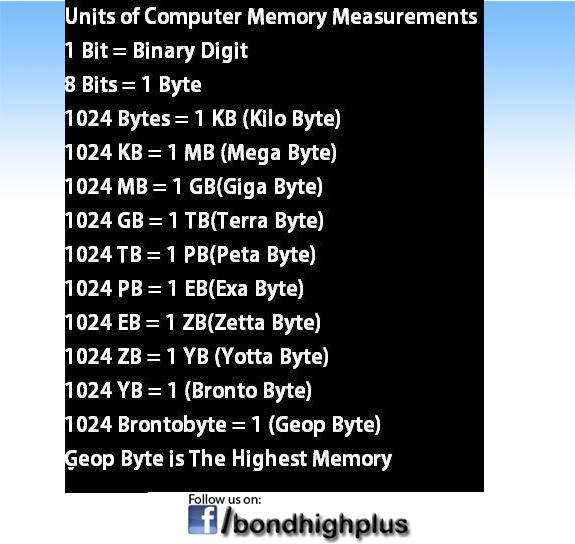 Computer Memory is a physical device which is capable of storing data whether it is big or small and stores it temporarily or permanently. In addition, both computer memory and disk space are measured in these units. But it’s important not to confuse between these bits and bytes. In computer systems, a unit of data that is eight binary digits long is known as a byte (B).