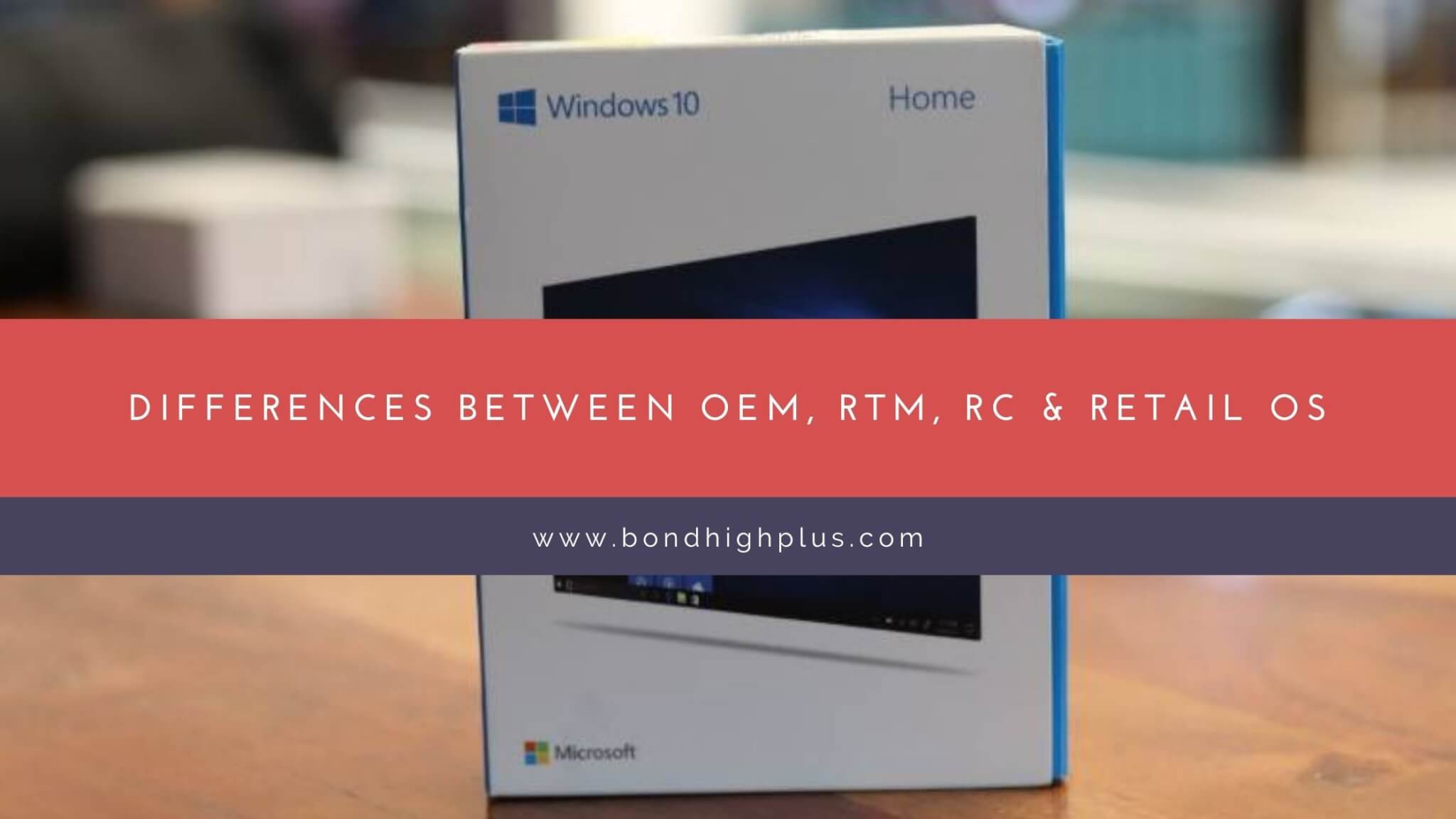 If you’ve ever tried to buy a license for Windows, you’re familiar with the challenges that come up. The concept may seem simple – buy the license and be on your way – but you have to decide upon the cheaper system builder (OEM) or the more expensive retail license. In theory, these two options are built for different audiences: normal Windows users and those building their own workstation PCs.

So, here is the difference between OEM RTM RC and Retail OS, you might need to know:

⇾ OEM: “Original Equipment Manufacturing”. Windows 8 OEM is the edition which comes preinstalled on a computer. So when you buy a PC, the OS edition that you’ll get is this one. The OEM has the same capabilities as the Retail.

⇾ RTM: “Release to Manufacturing”. Windows 8 RTM is an edition that is no longer in the development stage, but not released to customers yet.

⇾ RC: “Release Candidate”. Exactly what it means, this edition comes right before the RTM. Different version of the RC are indicated by rc1, rc2 and so on.

⇾ Retail: The final one, is the Retail. This edition is the same as the OEM, but it’s not preinstalled and sold separately in a box, usually at a higher price. You should buy it only if you have a computer that doesn’t have any OS installed, maybe because you’re building it yourself.