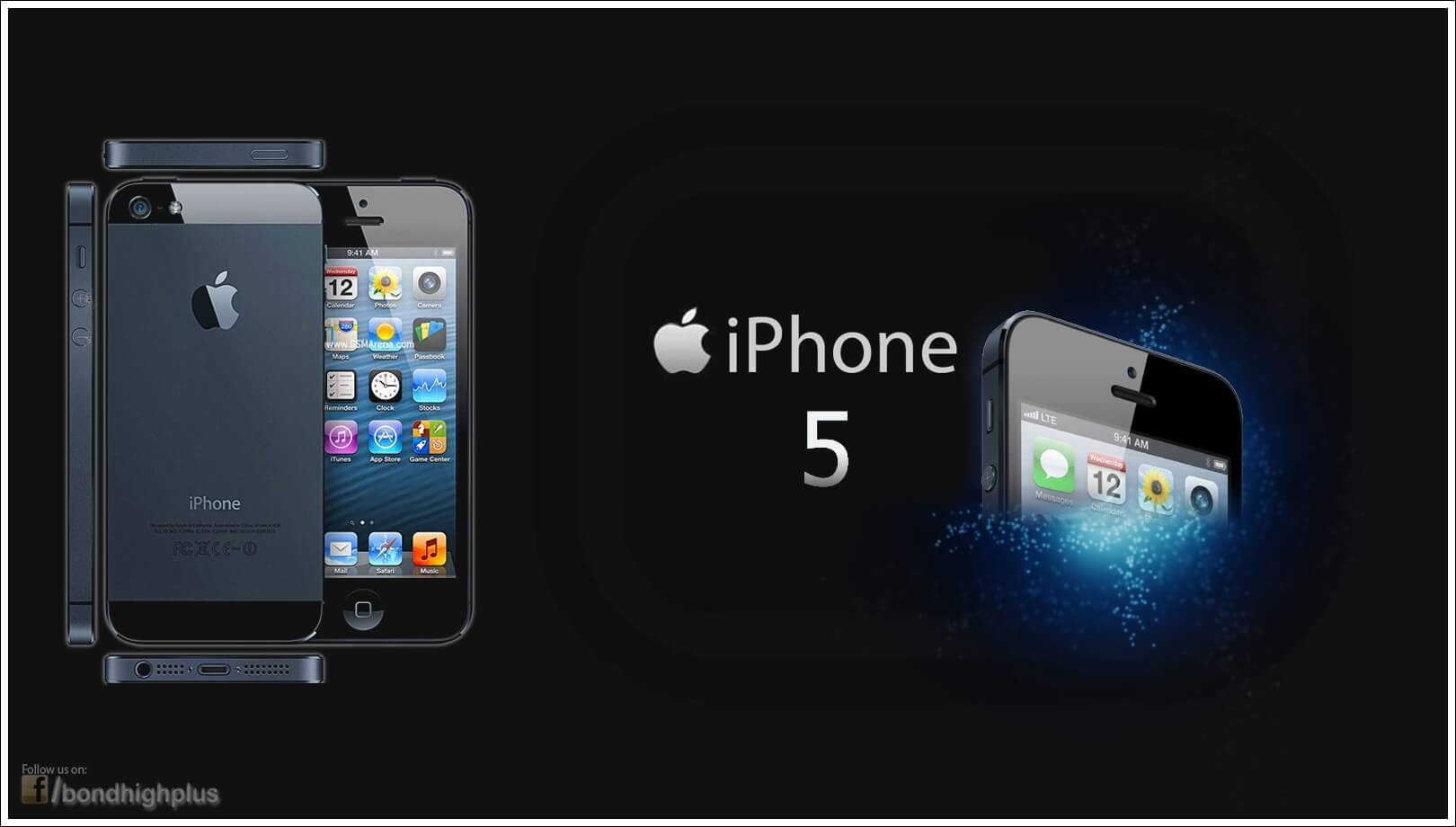 Apple’s new iPhone 5 is the biggest redesign of the hit smartphone since it launched in 2007. What is differences between Apple iPhone 5 and 4S, to work out whether this is an essential upgrade.

As with all Apple products, you’re unlikely to see iPhone 5 discounted during the next 12 months, so buying early is not a bad idea.

It’s also worth considering switching network – the new handset’s fast ‘4G’ connection will only work on EE’s new 4G network in the UK, so if you want to get the most out of the phone, it might pay to switch.

Would I upgrade out of cycle if I had the iPhone 4S? No. But if you have an iPhone 4 or older, I say reach for the iPhone 5 if you can. Although, I have been using a Samsung Galaxy SII for the last 6 months. I will be switching back to the iPhone 5 now that it has faster data, with the hope that my battery will last all day.

In addition, the body of the iPhone 5 has been elongated, adding about a quarter inch to the screen height without changing the width. This will allow for HD video to display in its true 16:9 format and give game designers more real estate to work with. While the body is longer, the iPhone 5 is 18% thinner than the iPhone 4S — and 20% lighter.

The brains of the iPhone have been given a significant bump and now have a faster processor than even the new iPad. According to Apple, the new A6 chipset will result in applications loading twice as fast, graphics running smoother and photos capturing 40% faster.

The camera has gotten 25% smaller, has better low light processing, and can produce panoramic images. On top of that, the video camera can shoot 1080p HD video, has improved video stabilization, and allows you to take still pictures simultaneously while you shoot video. Meanwhile, Apple’s video conferencing app, Facetime, will now transmit HD video, and FaceTime can be enabled over cellular networks and Wi-Fi alike.

The new iPhone will connect up with the UK’s EE 4G network – which means that it may be worth switching network to enjoy all that iPhone 5 can offer. This will mean significant increases in web browsing and download speeds. This data network is a notorious drain on battery life, so Apple made a big call-out that the battery life of the phone will remain consistent if not a little better (10% improvement overall) than battery life on past iPhones. They claim 8 hours of talk time, 225 hours of stand-by, and 8 hours of LTE web browsing.

The 30-pin dock connector that has come standard on every iPhone to date was certainly due for an upgrade. It takes up a lot of space, and it was big entry spot for dust and moisture. Apple has introduced an 80% smaller connector they are calling Lightning that can be plugged into the phone in any direction, offers faster data transfer, and better durability. This switch will be painful and costly as users are forced to buy extra charging cables, docking speakers/alarm clocks or cases.  Apple will be selling adaptors, but they will not ship until October.

The IOS operating system has over 200 changes, the biggest of which is turn-by-turn navigation using Apple’s own maps and 3D bird’s-eye images. There will be deeper social media integration within the operating system for posting to Facebook and Tweeting, and the web browser will now allow a full screen view that takes advantage of the bigger screen.

The new iPhone will come in black and white with a new, brushed metal back. It will be available for pre-order September 14th and in stores September 21st. The 16 GB model will retail for $199, 32 GB for $299, 64 GB for $399. The iPhone 4S goes down in price to $99. Initial countries where the iPhone 5 will be available: United States, Canada, UK, Japan, Hong Kong, Singapore, Germany, France, and Australia, Availability in more countries by the end of the year.

Is it Worth the Upgrade?

The iPhone 4S was only a superficial upgrade to the device, and I did not recommend an upgrade except for those who really needed a new phone. But the iPhone 5 is an iterative step forward from Apple. The faster processor, speed increases from LTE data networks, a better and faster camera, and consistent battery life despite the LTE drain (real world tests pending), make this a worthy purchase.

Prices through online retailers in India

Although Apple hasn’t made an official announcement regarding the iPhone 5 price in India or its release date, certain e-retailers in the country are already selling the smartphone. It is up for grabs through online vendors like Tradus, Rediff Shopping and eBay.

Let us know by Comment below, is it worth the differences between Apple iPhone 5 and 4S to buy ?