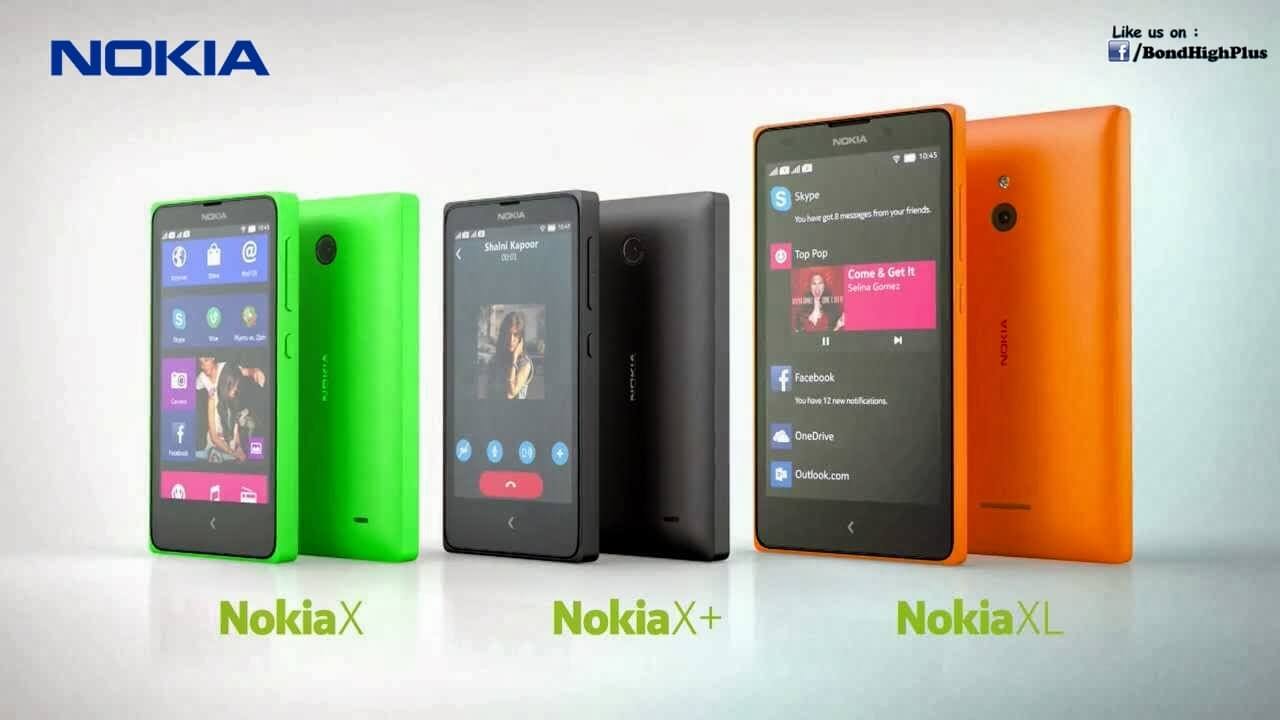 Nokia’s first-ever android smartphones the “Nokia X, Nokia X+ and Nokia XL” based on the Android Open Source Project (AOSP) are now launched. These smartphones can run Android apps and are powered by Microsoft and Nokia services.
Wasting no time lets get straight forward. The features of the “Nokia X and Nokia X+” are almost same in spite of one feature, the RAM. The Nokia X has a 512 MB RAM while the Nokia X+ has 768 MB of RAM. Whereas, looking others features both these smartphones are loaded with dual-SIM capacity that come with 4-inch 480×800 displays and are powered by 1GHz dual-core Qualcomm Snapdragon S4 processor. Both have identical 4 GB internal storage, with expandable support up to 32 GB via micro SD card, and are powered by a 1500mAh battery. Both phones have a 3-megapixel rear camera, but no front shooter. They are powered by a 1500mAh battery.

Lastly moving on to the Nokia XL smartphone, it comes with a 5-inch 480×800 display, a 5-megapixel camera, a 720p front camera, 768 MB RAM and a 2000mAh battery, while sharing other specifications with its younger siblings. All these three new-comers support 3G and gulps Micro-SIMs instead of regular sized ones.
Nokia X, Nokia X+ and Nokia XL come with free cloud storage from Microsoft’s OneDrive (earlier called SkyDrive). People will get one month of Skype’s Unlimited World Subscription for a limited time with the purchase of any Nokia X family smartphone.
Both the Nokia X and Nokia X+ will be available in bright green, bright red, cyan, yellow, black and white. The Nokia XL will be available in bright green, orange, cyan, yellow, black and white. Colour availability may vary across regions.

Price (Approx and Exclusive of Taxes) of these smartphones in Asia-Pacific regions are as under: