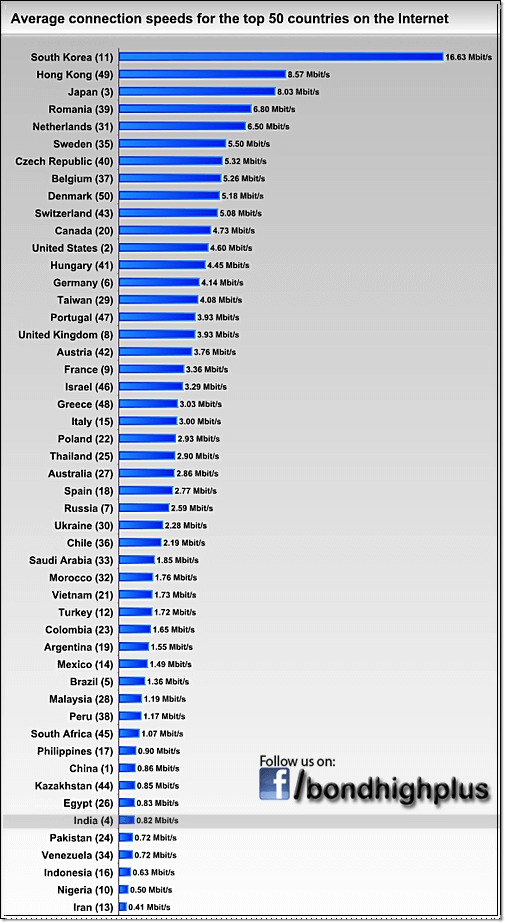 What are the Average Internet Speed in the world? How fast are they in your country compare to others? Take a look at the graph above.

This blog examines the real-world internet connection speeds for people in the top 50 countries on the Internet, that means the countries with the most Internet users.

These 50 countries together have more than 1.8 billion Internet users. As we mentioned before, the number you see within parenthesis next to each country is its worldwide rank in terms of Internet users, i.e. its size on the Internet. The chart is sorted by the average connection speed.

Some observations on average internet speed in the world: