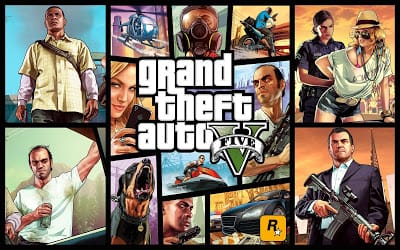 Grand Theft Auto V is the most ambitious game to date from Rockstar Games, as it features an insane level of detail and interactivity that make it one of the most impressive sandbox titles in the video game industry. You can work, play, steal, and chill in a digital world that builds on gameplay design mechanics that Rockstar Games has continually refined since the groundbreaking Grand Theft Auto III: Liberty City.

Players will spend the majority of their in-game time in Los Santos, a fictionalized version of Los Angeles. That name should ring a bell; Los Santos was one of the three metropolises (along with San Fierros and Las Venturas) featured in the PlayStation 2 gangsta classic, Grand Theft Auto: San Andreas.